Notes by David Joyner. (No claim to completeness .)

Position 1.1: (Djivionskiy, 1855) A “chess joke” to illustrate zugswang. Note how Black has no good moves in the problem below. 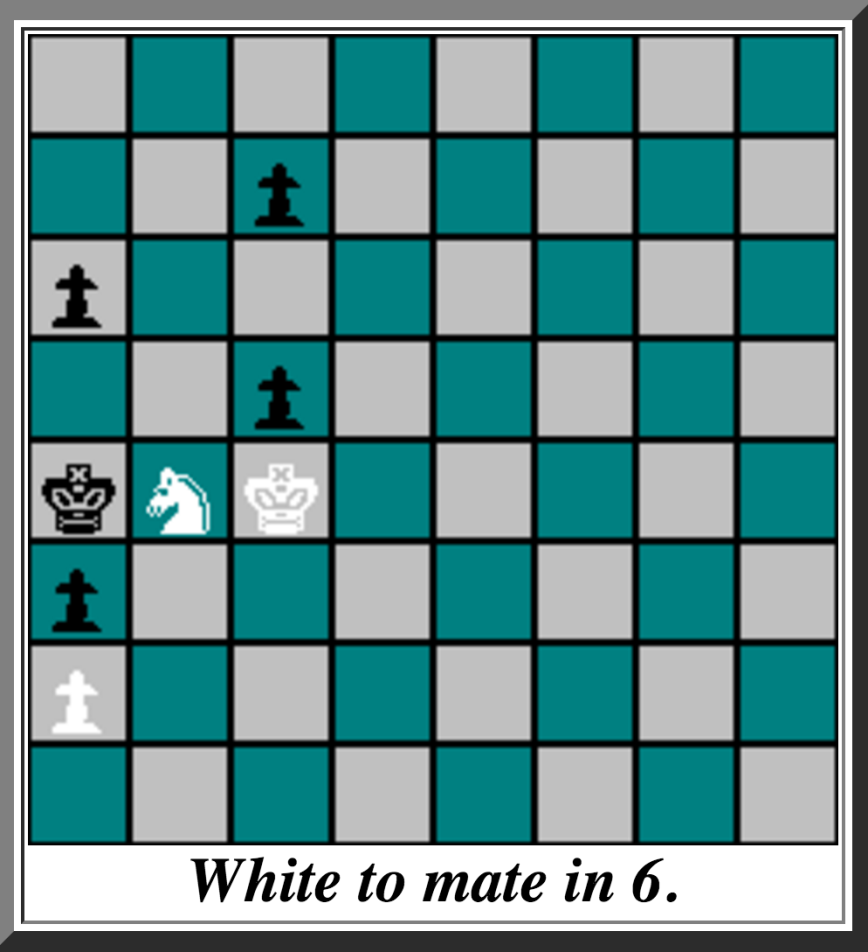 You must know pawn endgames. One reason this is so is because you need to know how to evaluate endgame positions, even if you are not in a pawn endgame yet, in order to determine your best move.

Know the following four basic positions by heart and the “rule of the 6th rank” given below. The way of endgame thinking is to reduce to known positions and these positions will help you do this. 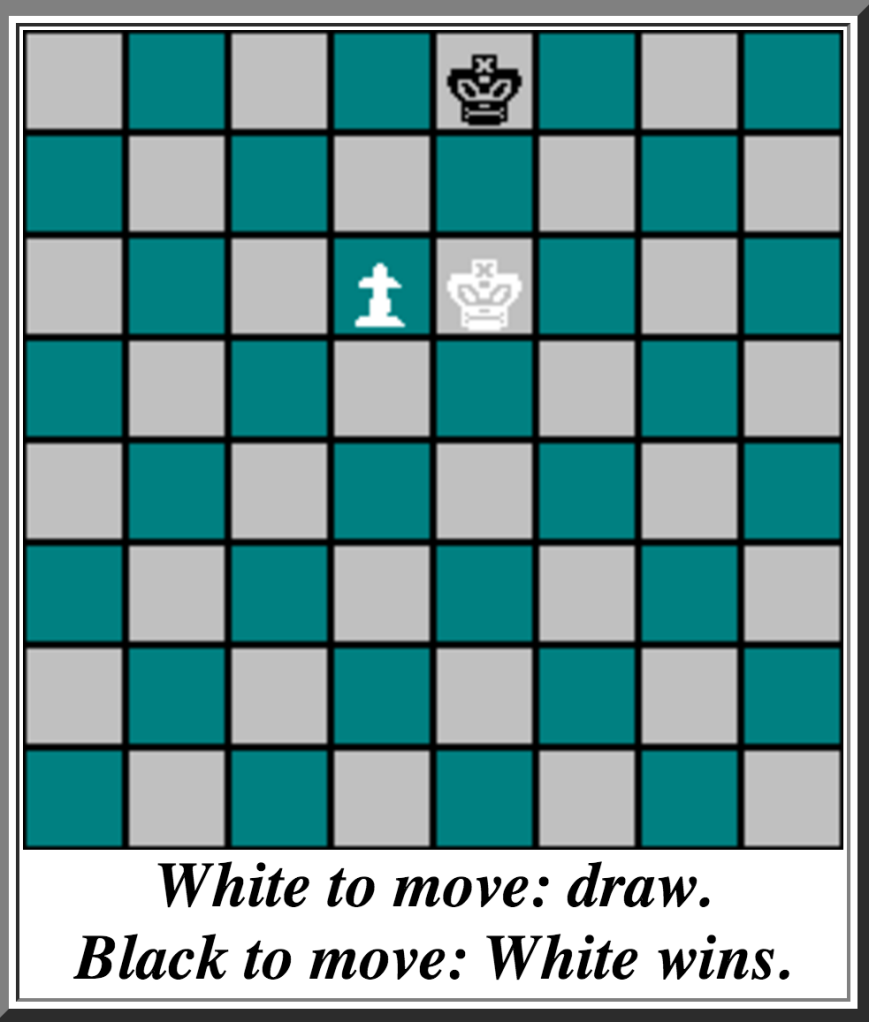 In this position the pawn occupies what I call a square of exception, a square filled with one’s own pieces. This hinders the white king. As a general rule, try to get your king ahead of the squares of exception.

Rule of the 6th Rank: In a K+P vs K endgame, if White can reach the 6th rank ahead of his pawn then White wins.

Position 1.2a. The following position illustrates the Rule of the 6th Rank stated above. 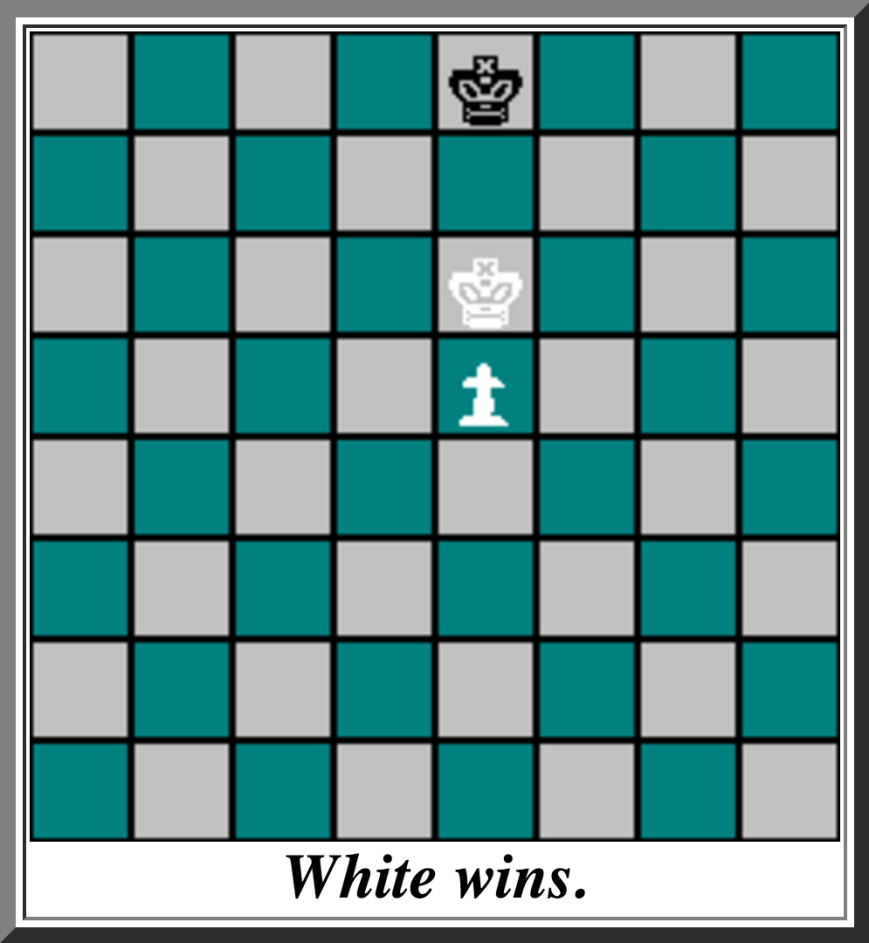 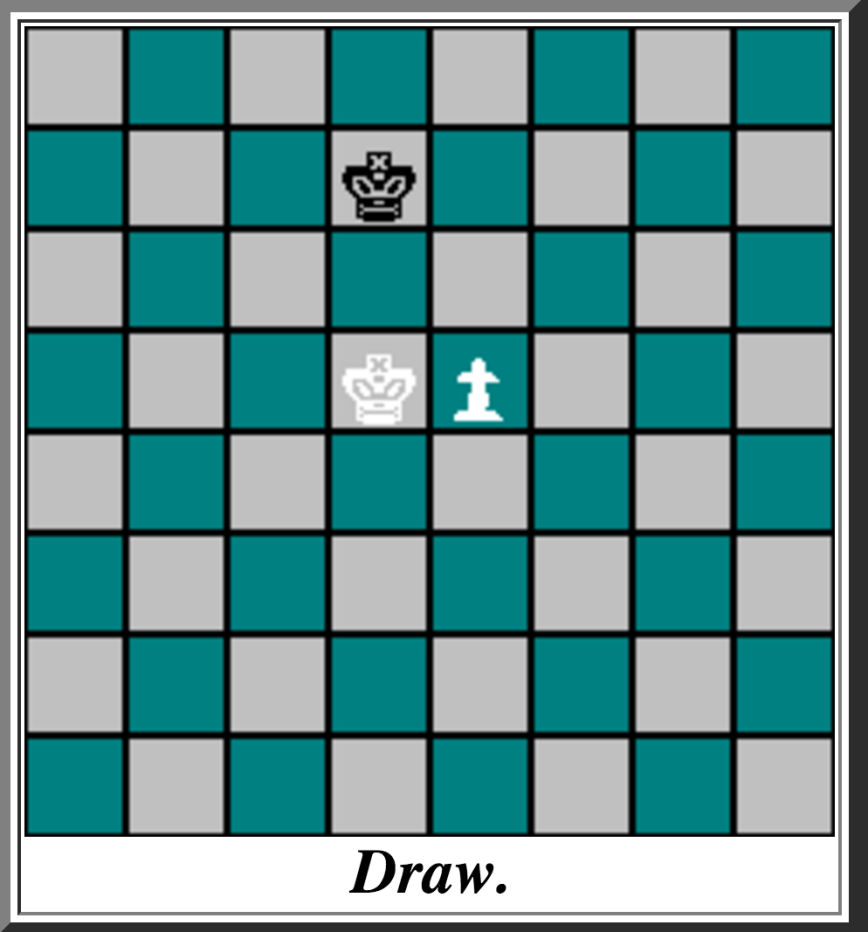 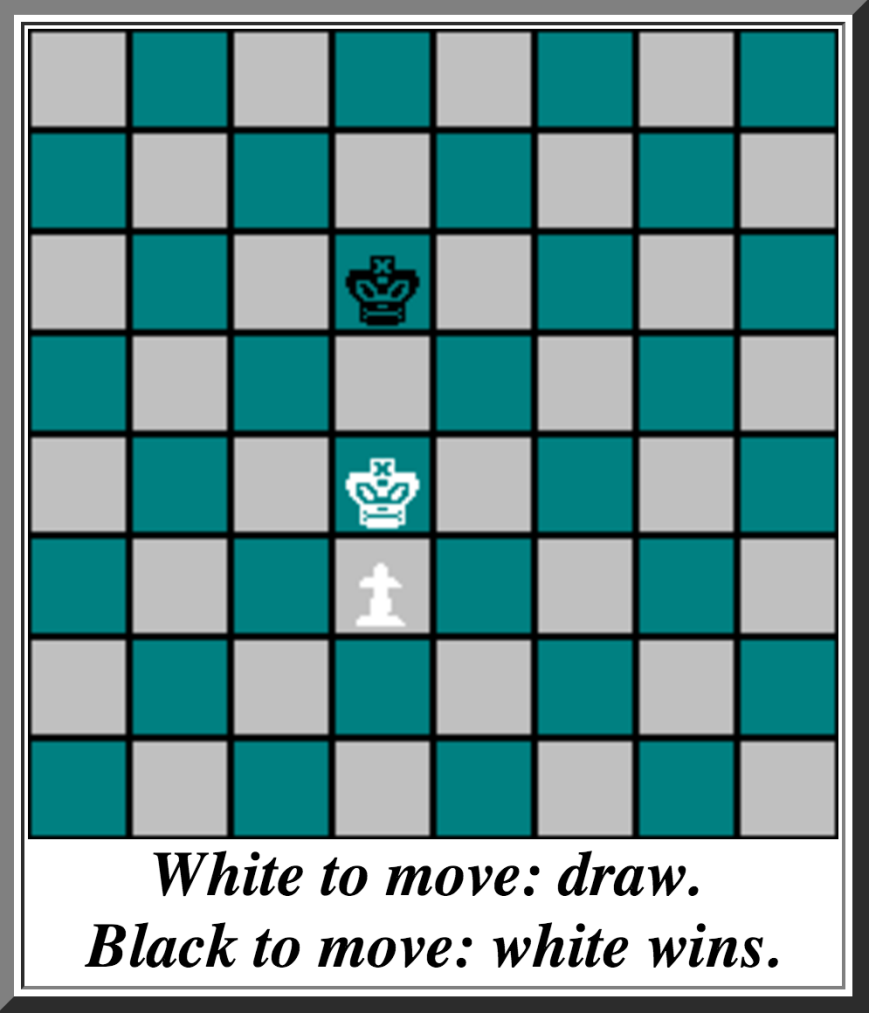 The player to move “loses the opposition”.
The short opposition is the position where both kings are on the
same file and separated by one square. (Usually this is simply called
the “opposition”.) 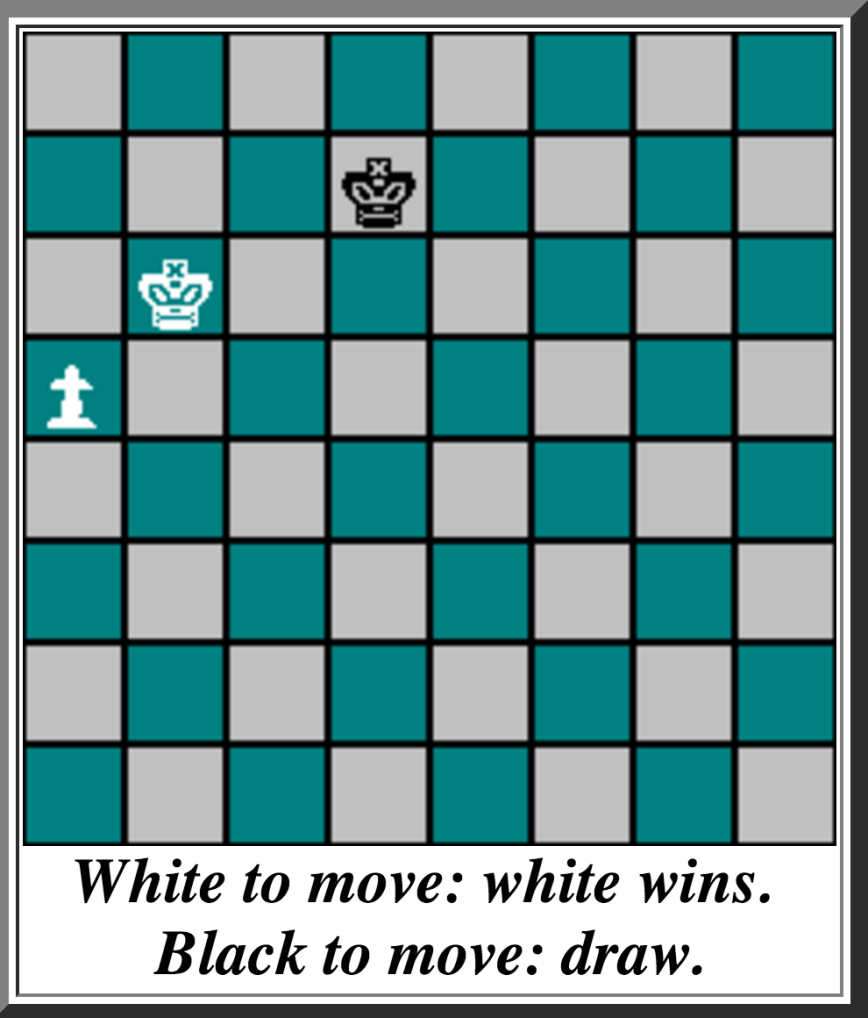 Position 1.6:
Coordination of squares: This is my own term which is used to
generalize the concept of the “opposition”.
The player to move must “lose” the opposition.
In general, opposition can be classified by the number of squares
between the kings. One can talk about “diagonal opposition”
or “long opposition”. These can transform into the short opposition
but the route of the king is very important.

Long opposition is examined in the position below. 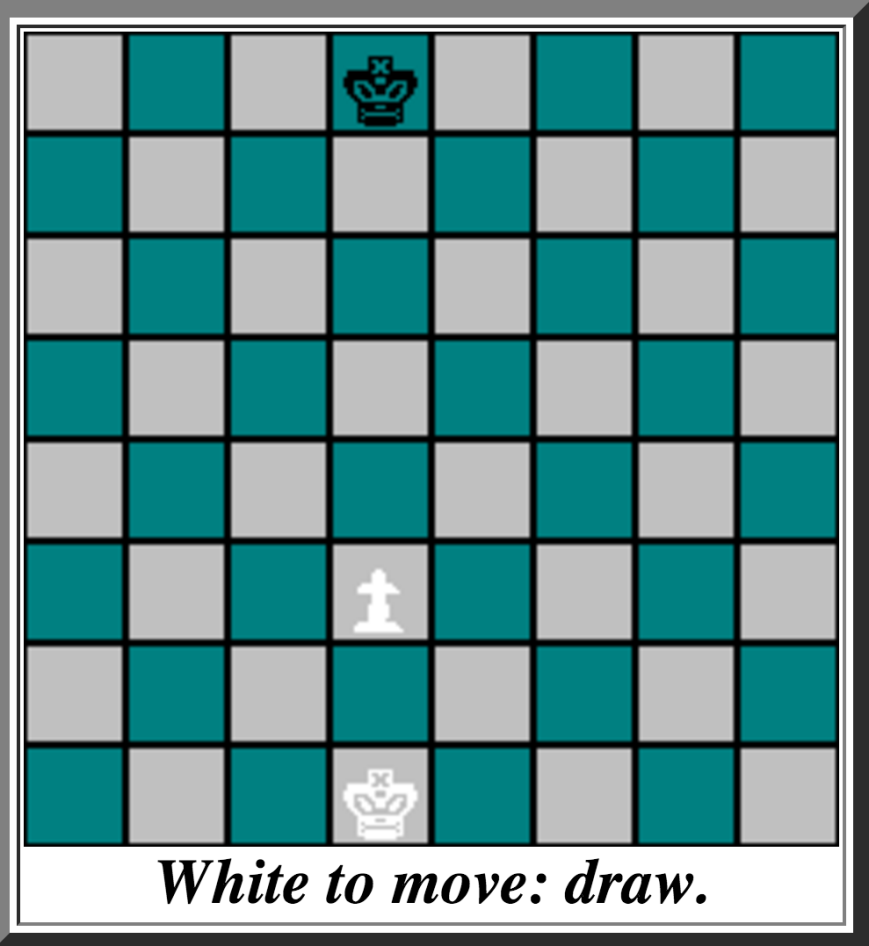 Rule of opposition: Try to keep an odd number of squares between the kings to keep the long opposition.

In the position above, black can use the square of exception d3 to take the long opposition by … Kd8. Note that that black can perform a classic maneuver known as triangulation (either Kd7-c7-c6 or Kd7-c7-d6) in order to lose one tempo.

Position 1.6a
The following problem illustrates the idea of a reserve tempi (typically an optional pawn move, allowing one to win the opposition). Reserve tempi are stronger than triangulation since they are optional. 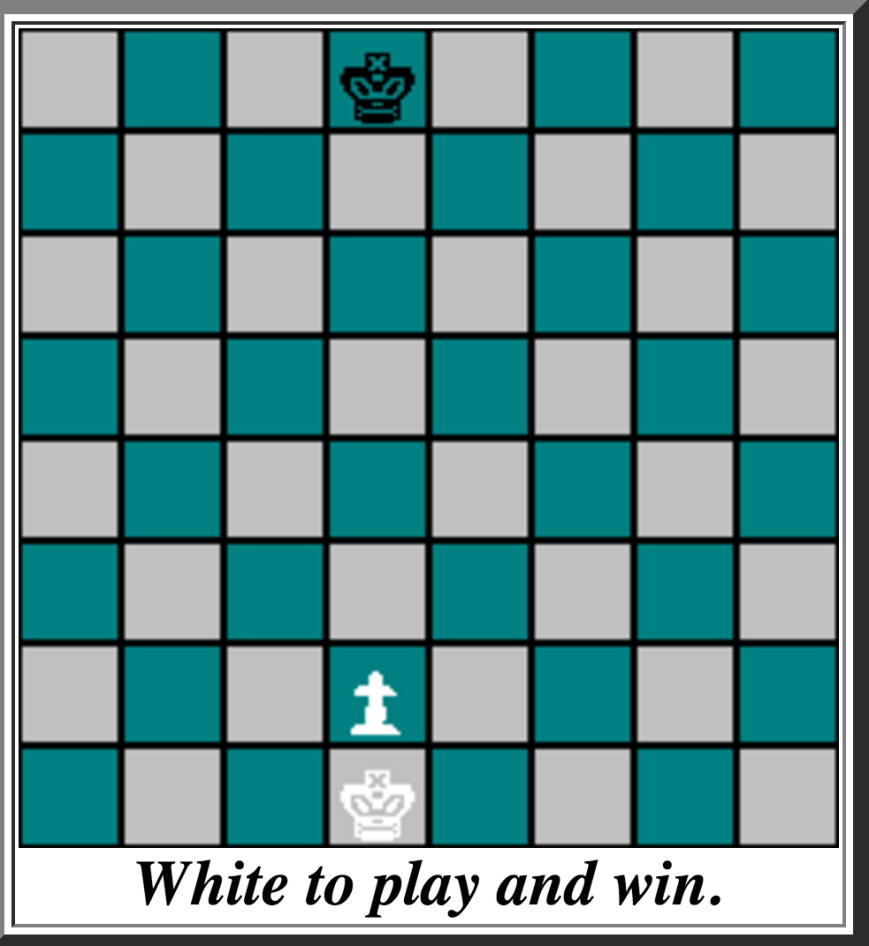 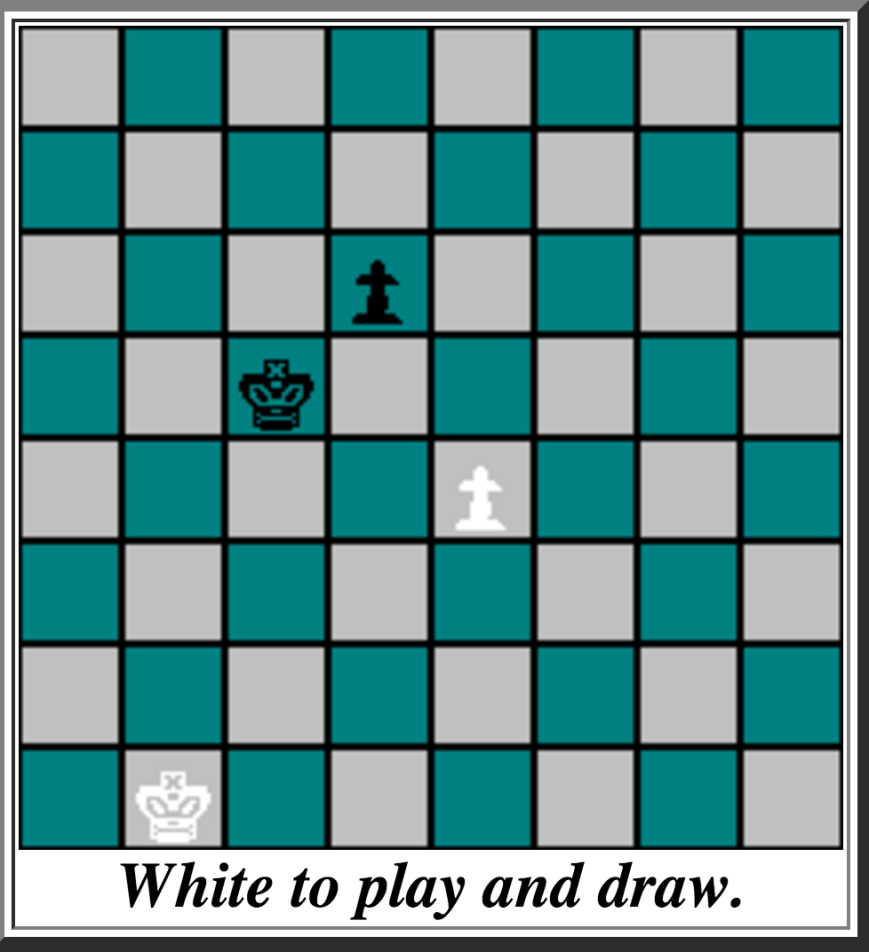 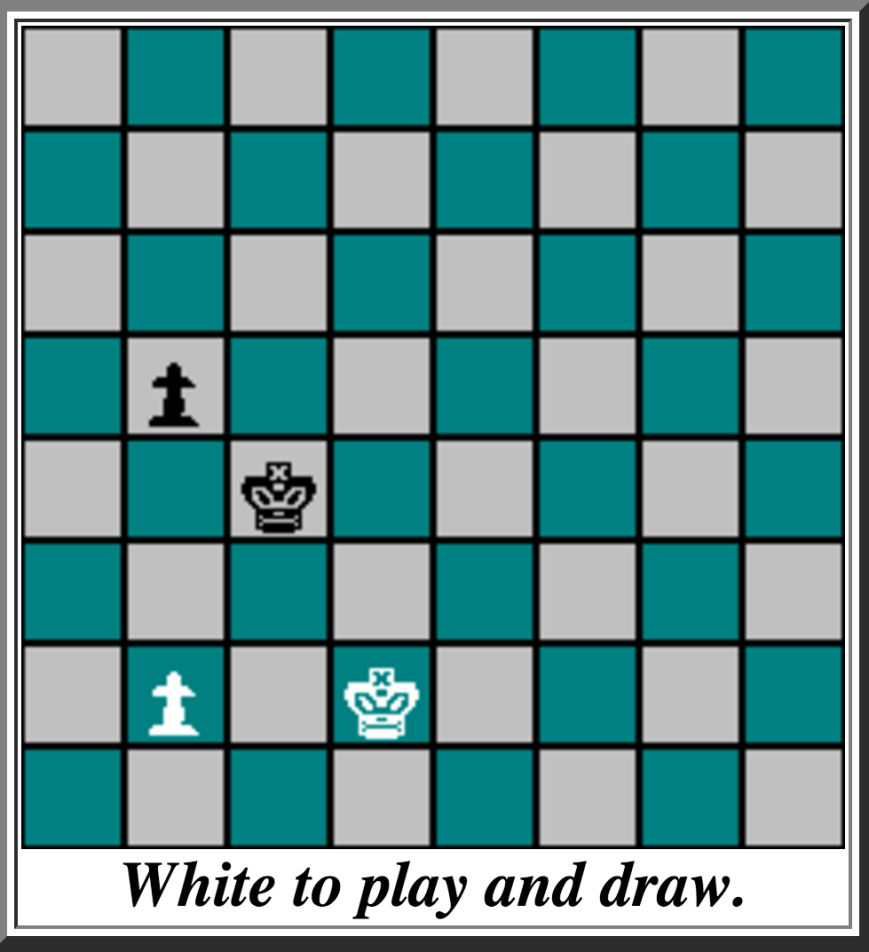 
Position 1.9 The following study by Skuya illustrates the idea of the decoy sacrifice of a pawn. 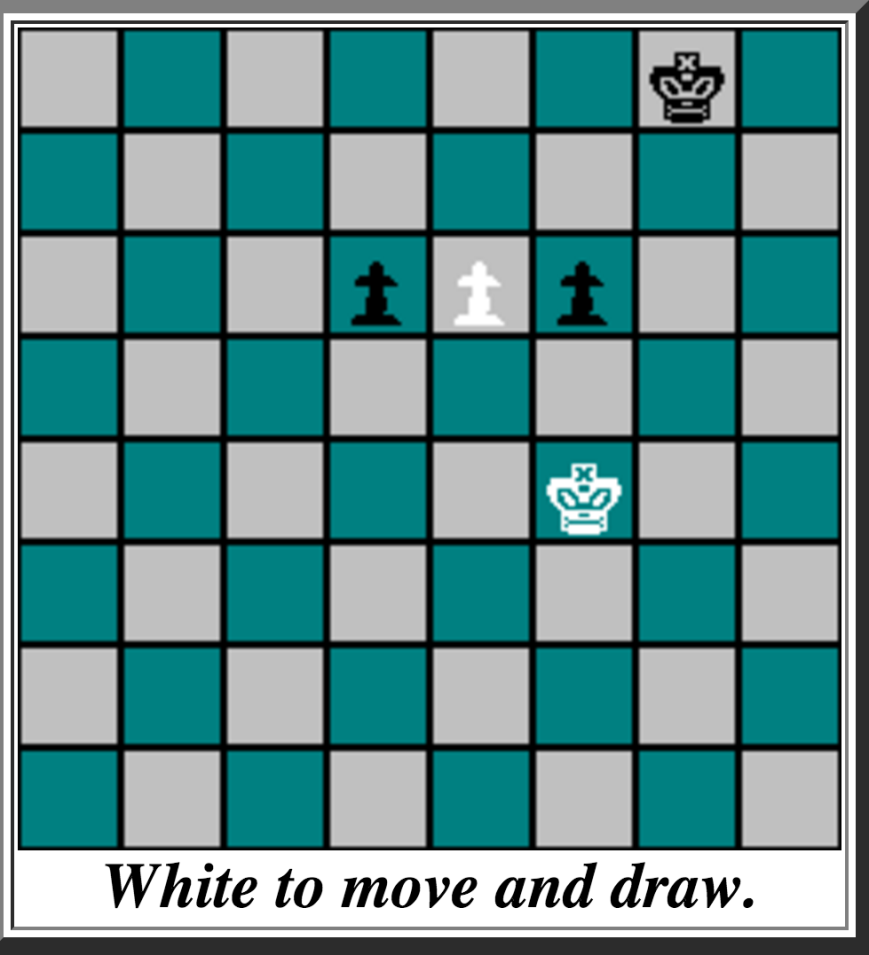 White to move and draw. 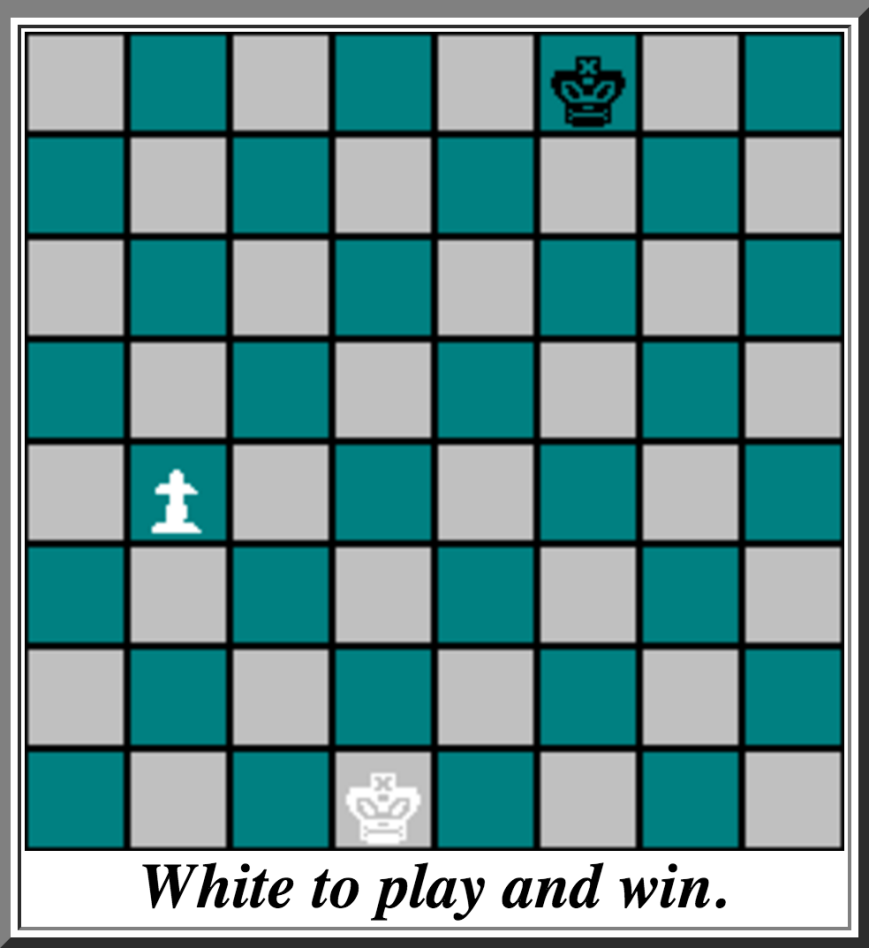 
Position 1.11 The following position illustrates the idea of mutual zugszwang. 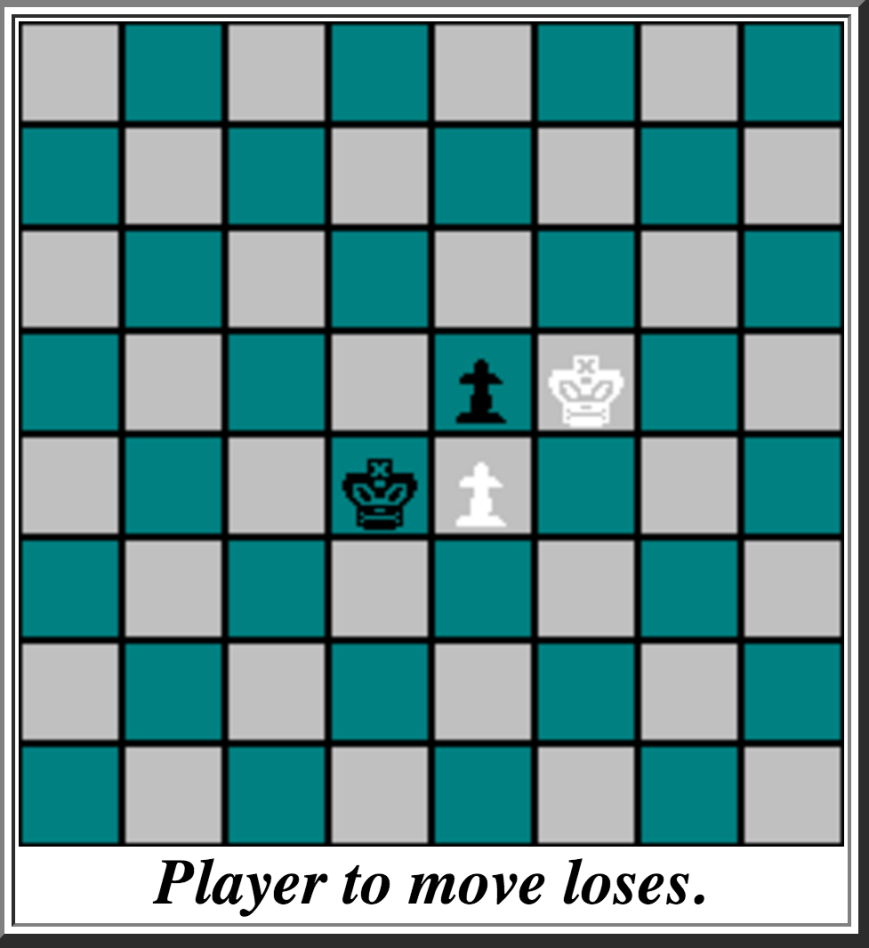 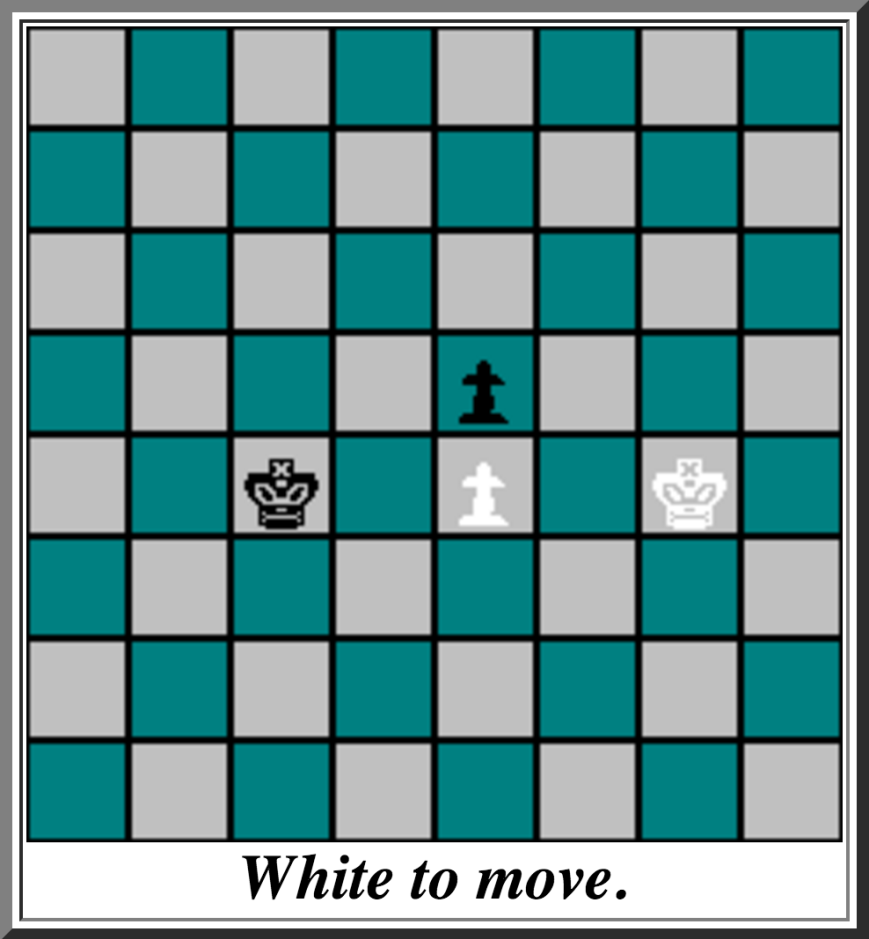 Position 1.11b The following position illustrates the general tool of fixing the opponents pawn on the 3rd rank. 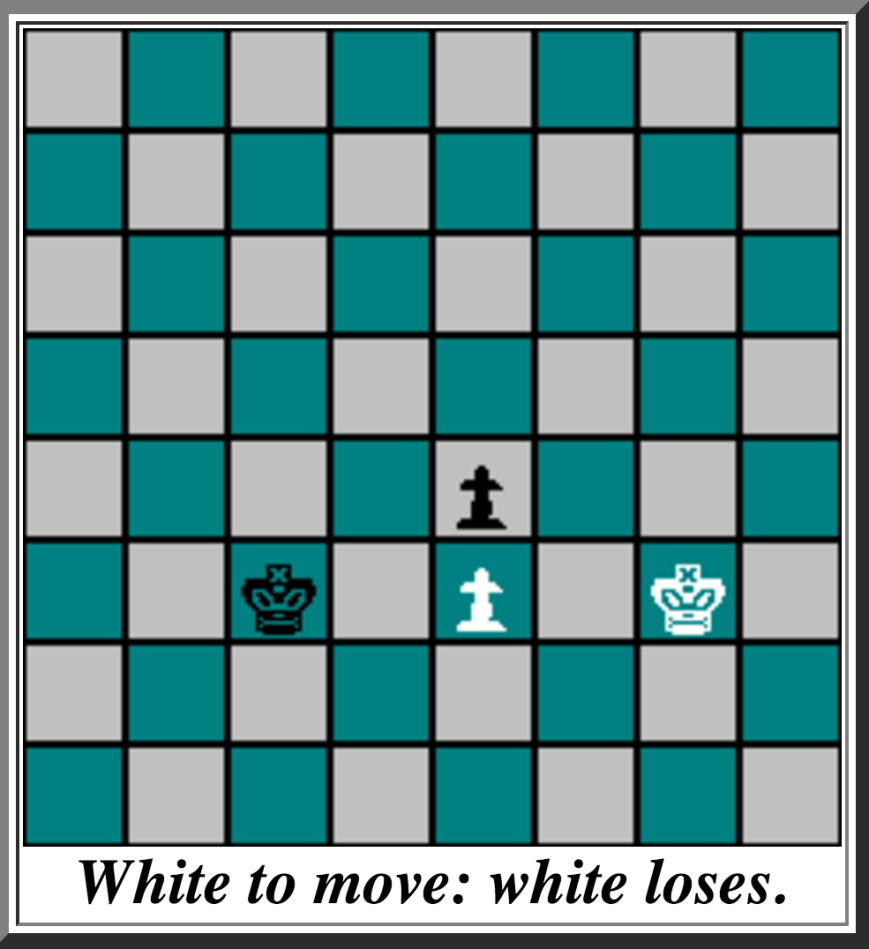 We have the following corollary of the Rule of the 6th Rank.

Rule: In many cases, the defensive side should not allow the opponent to fix it’s pawn on the 3rd rank for white and the 6th rank for black, because winning the pawn means victory.

Position 1.12
A study by Grigor’ev, 1923, illustrates the idea of the opposition and tests your understanding of the first 3 basic endgame positions. 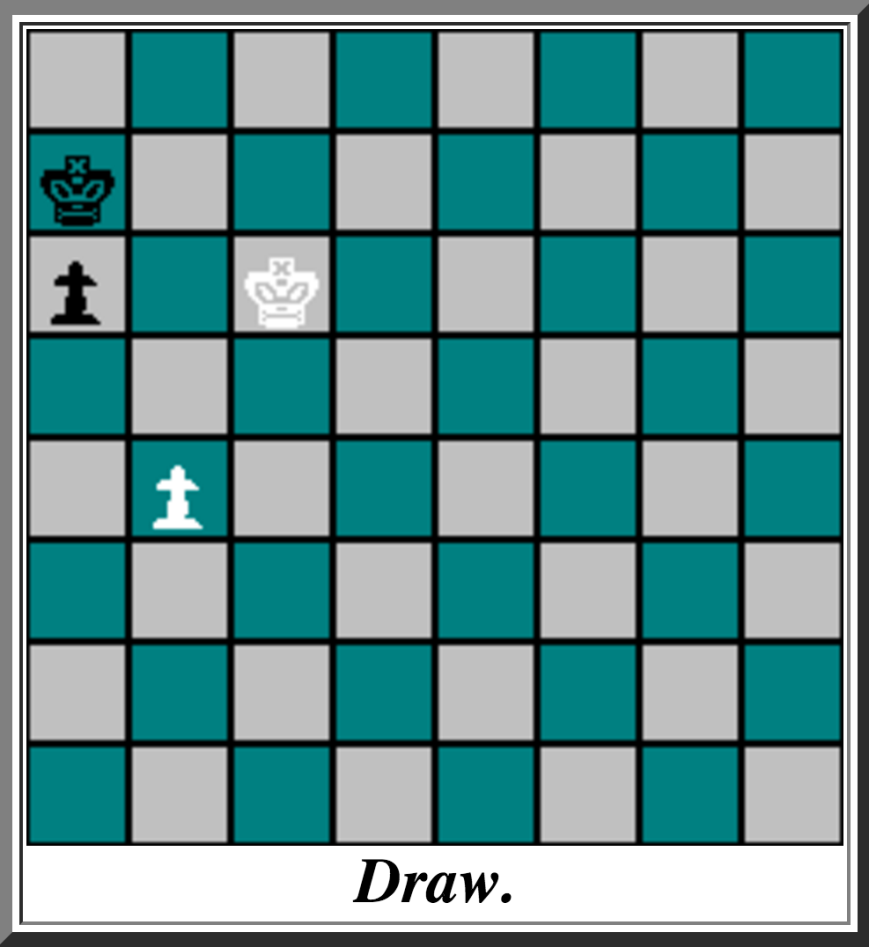