Sylver coinage is a game for 2 players invented by John H. Conway. 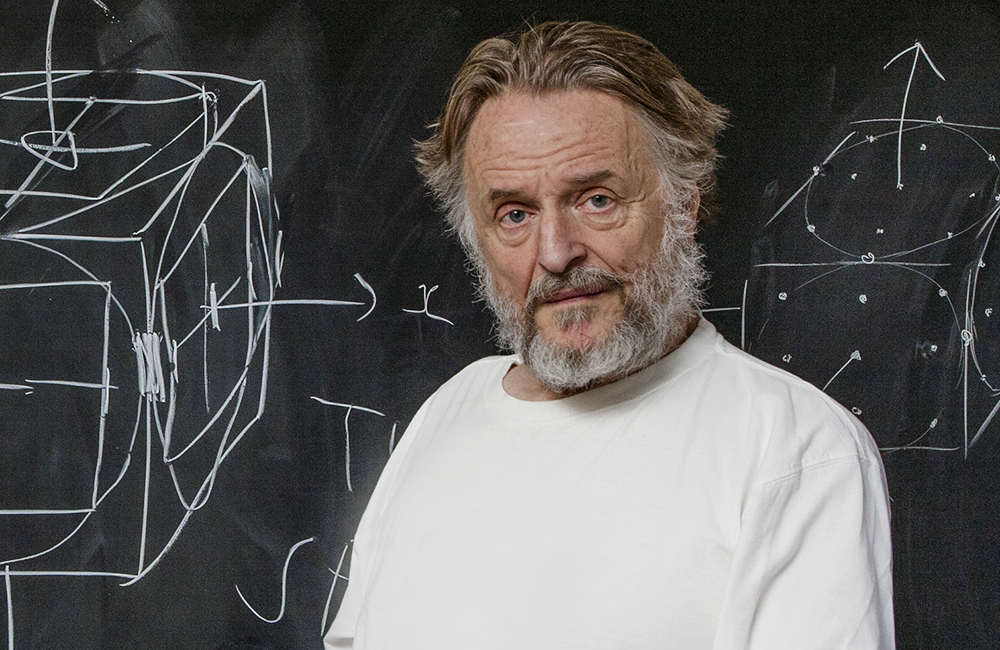 The two players take turns naming positive integers that are not the sum of non-negative multiples of any previously named integers. The player who is forced to name 1 loses.

Lemma: If a and b are relatively prime positive integers, then (a – 1)(b – 1) – 1 is the largest number that is not a sum of nonnegative multiples of a and b.

Therefore, if a and b have no common prime factors and are the first two moves, this formula gives an upper bound on the next number that can still be played.

Theorem: If the first player selects any prime number

as a first move then he/she has a winning strategy.

Very little is known about the subsequent winning moves. That is, a winning strategy exists but it’s not know what it is!

Everyone’s heard of the number

And you probably know that

But are they really? No one really knows. There’s a paper that explores the statistics of these digits using the first 22.4 trillion digits of

. Does any finite sequence of k digits (say, for example, the 4-digit sequence 2016) occur just as often as any other sequence of the same length (say, 1492), for each k? When the answer is yes, the number is called ‘normal.’ That is, a normal number is a real number whose infinite sequence of digits is distributed uniformly in the sense that each digit has the same natural density 1/10, also all possible k-tuples of digits are equally likely with density 1/k, for any integer

The following simple problem is unsolved:

If you know a little point-set topology, below is an unsolved math problem whose statement is relatively simple.

Probably everyone has at least seen the Mandelbrot set in some form, as it’s a popular object of mathematical artists. Here’s a picture from Wikipedia:

The formal definition is as follows. Let

is a complex number. The Mandelbrot set

is the complex plot of the set of complex numbers

for which the sequence of iterates

is locally connected if every point

This is now almost completely solved! Kaisa Matomäki, Maksym Radziwill, Xuancheng Shao, Joni Teräväinen, and Terrance Tao solved the conjecture below in the “interior” of Pascal’s triangle (see T. Tao’s blog post for further details, with the link to the paper and a discussion).

It seems everyone’s heard of Pascal’s triangle. However, if you haven’t then it is an infinite triangle of integers with 1‘s down each side and the inside numbers determined by adding the two numbers above it:

The first 6 rows are depicted above. It turns out, these entries are the binomial coefficients that appear when you expand

The history of Pascal’s triangle pre-dates Pascal, a French mathematician from the 1600s, and was known to scholars in ancient Persia, China, and India.

Starting in the mid-to-late 1970s, British mathematician David Singmaster was known for his research on the mathematics of the Rubik’s cube. However, in the early 1970’s, Singmaster made the following conjecture [1].

appears in Pascal’s triangle then

In fact, there are no known numbers

and the only number greater than one with

Let L(n) denote the length of the side of the smallest equilateral triangle in which n circles have been packed optimally. This number is, in general, unknown.

Unsolved Problem: Are there any odd perfect numbers?

The belief, by some, that there are none goes back over 500 years (wikipedia).

If you want to check out some recent research into this problem, see oddperfect.org.

(Another unsolved problem: Are there an infinite number of even perfect numbers?)

Inscribed Square Problem: Does every plane simple closed curve contain all four vertices of some square?

This question, also known as the square peg problem or the Toeplitz’ conjecture, is still unsolved in general. (It is known in lots of special cases.)

Thanks to Mark Meyerson (“Equilateral triangles and continuous curves”,Fundamenta Mathematicae, 1980) and others, the analog for triangles is true. For any triangle T and Jordan curve C, there is a triangle similar to T and inscribed in C. (In particular, the triangle can be equilateral.) The survey page by Mark J. Nielsen has more information on this problem.

In 1937 Lothar Collatz proposed the 3n+1 conjecture (known by a long list of aliases), is stated as follows.

First, we define the function

on the set of positive integers:

is even, divide it by two:

is odd, triple it and add one:

. Believe it or not, this is the restriction to the positive integers of the complex-valued map

The 3n+1 conjecture is: The sequence

will eventually reach the number 1, regardless of which positive integer

This is still unsolved, though a lot of people have worked on it. For a recent survey of results, see the paper by Chamberland.