Notes by David Joyner. (No claim to completeness.)

Theme: The principle of two weaknesses and the triangulation manuever.

The pawn endgame is the easiest way to convert a positional advantage to a win. Therefore, it it is important to know it well. We shall study in this lesson “triangulation” and the “principle of two weaknesses”.

Position 2.1:
This position is very similar to the first basic endgame position in lesson 1, except there is are extra pawns (but no extra tempi since they are fixed). Note black has two weaknesses: the pawn fixed on the 6th rank at a6 and the passed white pawn which the black king is forced to defend against.

White wishes to gain access to b6 to win the a6 pawn, thus exploiting both of black’s weaknesses. To do this, he must try to lose a tempo. The classical triangulation manuever accomplishes this.

White to move and win.

Note that (with white to move) when 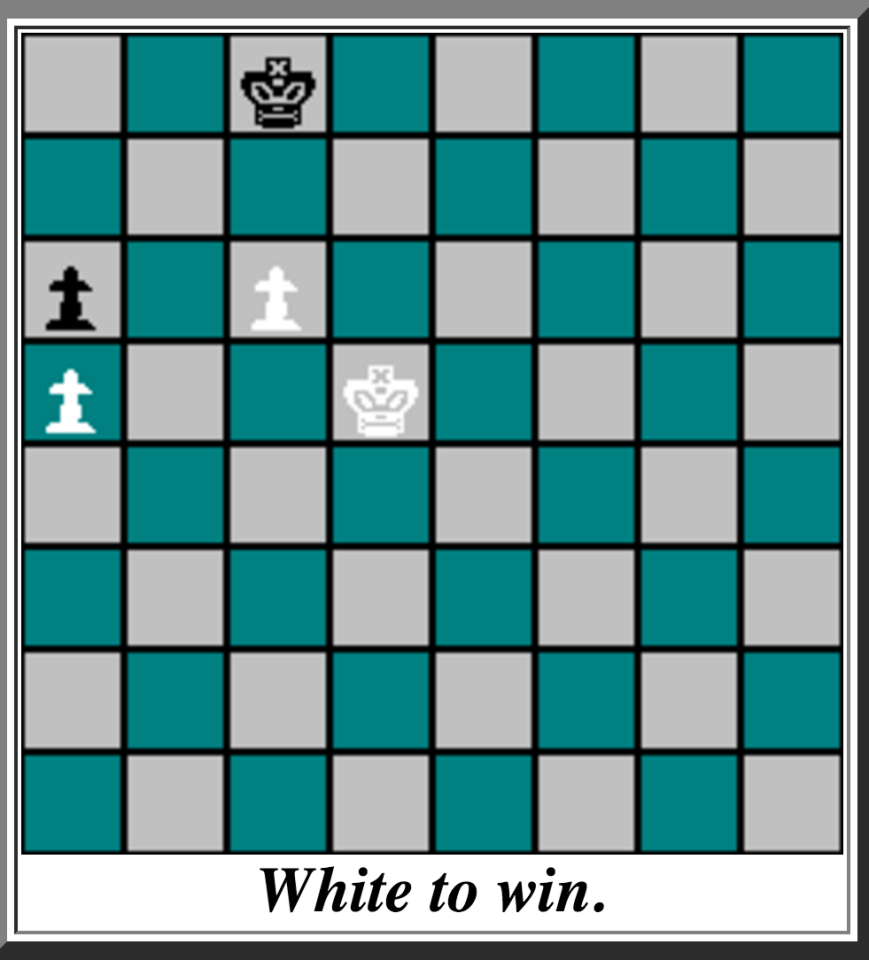 
With white to move, the white king must first triangulate to lose a tempo. White’s king must gain access to the square d6 (or b6), after which it is relatively easy to win. The above list of coordinating squares indicates that white should now move to c4.

Position 2.2: The position below occurred in the game Dvoretsky-Nikitin, Moscow, 1970.

White to move and win. 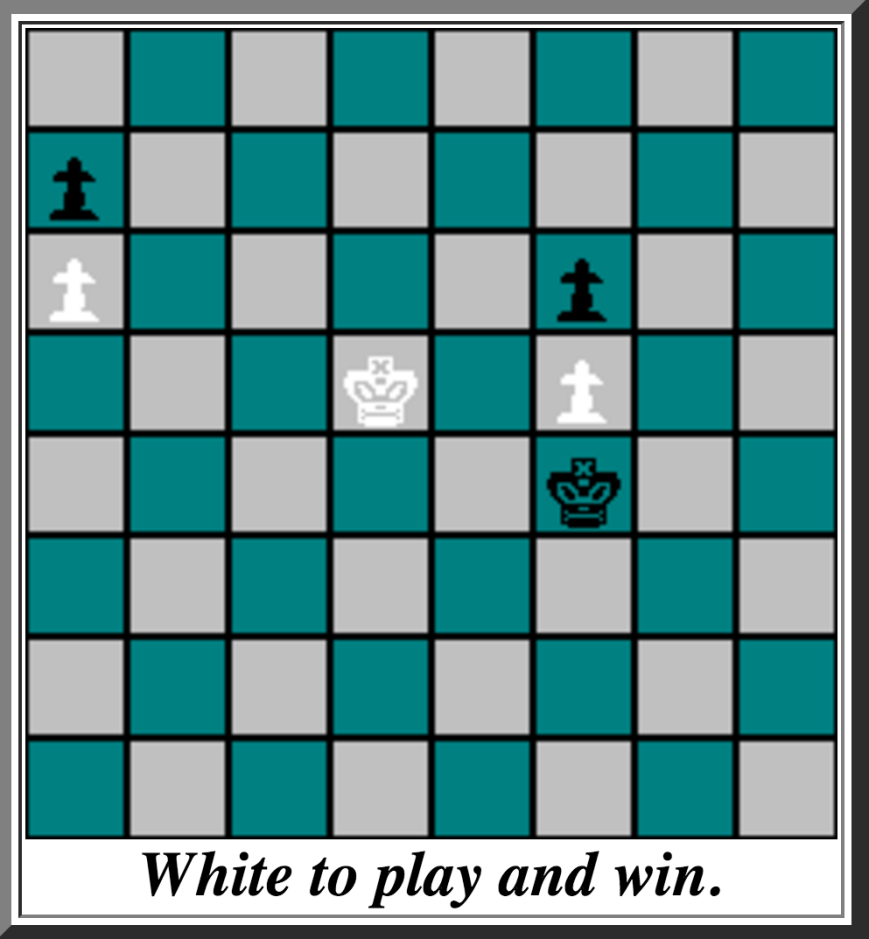 1. Kd1. Now black has several alternatives to choose from. 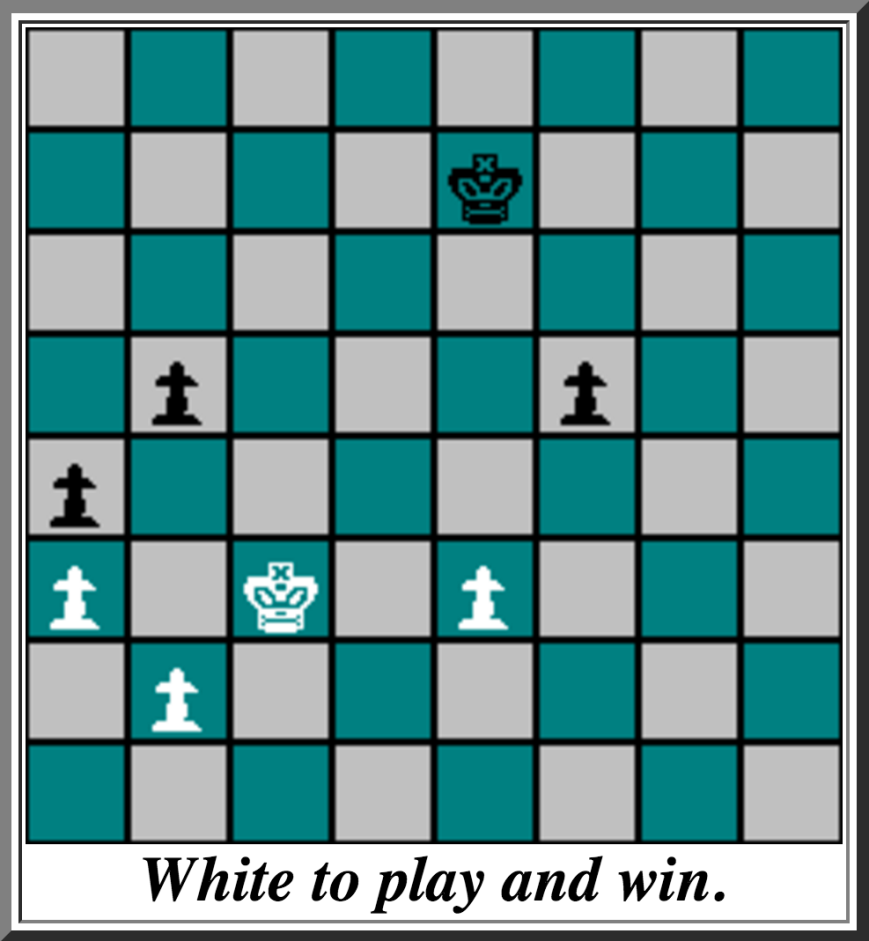