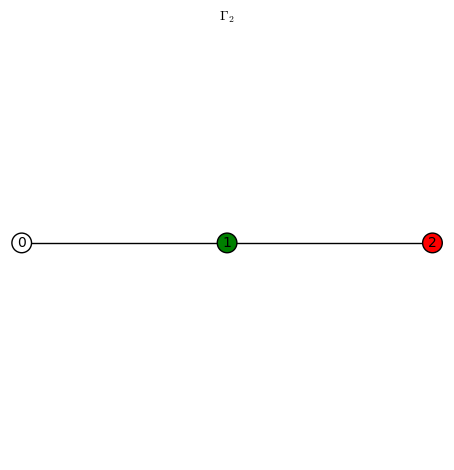 are graphs then a map

) is a morphism provided

is a planar graph, if

is its dual graph, and if

is the dual map

is not a morphism.

is called horizontal if

and is called vertical if

. We say that a graph morphism

is a graph homomorphism if

. Thus, a graph morphism is a homomorphism if it has no vertical edges.

has at least one edge. Let

denote the star subgraph centered at the vertex v. A graph morphism

is called harmonic if for all vertices

(the number of edges in

and mapping to the edge

) is independent of the choice of edge

An example of a harmonic morphism can be described in the plot below as follows:

sends the red vertices in

to the red vertex of

, the green vertices in

to the green vertex of

, and the white vertices in

to the white vertex of 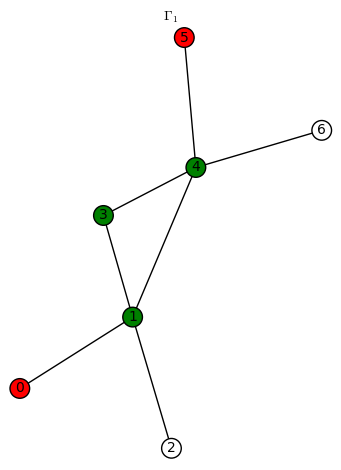 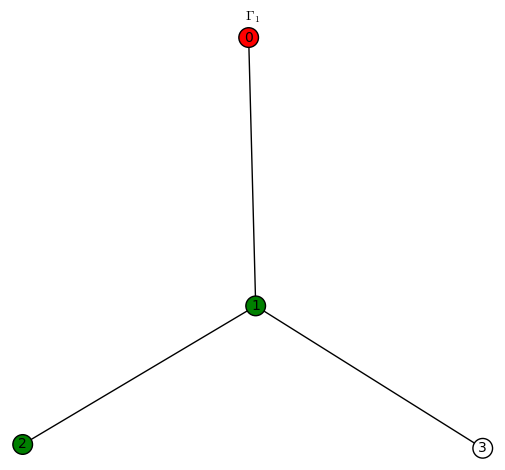 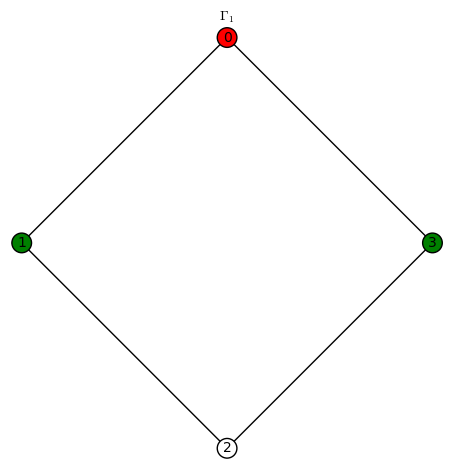